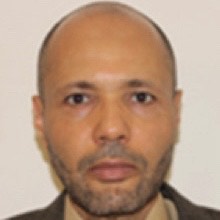 Dr. Fiad is a graduate of Tripoli University in 1983. He moved to Ireland in 1985 and received his general medical training in Ireland and the UK. After obtaining the MRCP (UK) and MRCPI, he pursued a specialist interest in Diabetes and Endocrinology. After spending a few years as a Medical Registrar in St Vincent’s and St James’s Hospitals in Dublin, he was appointed as a clinical research fellow in Endocrinology with T Joseph McKenna in St Vincent’s Hospital.

In 1991 he conducted his MD research into the pathogenesis of gonadotrophic abnormalities polycystic ovary syndrome. His original observations into the pathogenesis of PCOS won him the prestigious annual medal price from the Royal College of Physicians of Ireland. In 1994, he became a lecturer at University College Dublin and in 1997 he was appointed to his first consultant post in Dudley, in the UK.

In 2002 he became the Head of the Endocrinology division. He is a keen teacher and was a clinical tutor at the University of Birmingham Medical School. In 2003 he became an Examiner at the Royal College. He was appointed as the Director of Medical Services in Dudley in 2004. In 2005 he won the Owen Wade West Midlands first prize for his paper on hypercalcaemia in thyrotoxicosis facticia. In 2006 he was appointed as an Honorary Associate Professor of Medicine at Grenada University. He moved from the UK to the UAE in 2010 when he was appointed as a Consultant Endocrinologist at the SKMC.