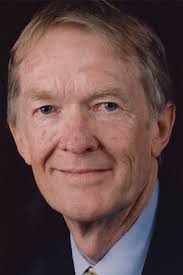 Philip Barter is a Past President of the International Atherosclerosis Society. He is a Conjoint Professor of Medicine at the University of New South Wales in Sydney Australia. He graduated in medicine from the University of Adelaide and gained his PhD from the Australian National University.

He is a fellow of the Royal Australasian College of Physicians. He was the 2011 recipient of the Anitschkow Award of the European Atherosclerosis Society. He has previously held positions in research institutes and universities in Australia and the US. His basic research interests are plasma lipids and lipoproteins, the factors that regulate them and the mechanism by which they relate to cardiovascular disease. His clinical research involves participation in clinical trials of lipid-lowering agents. He was a member of the steering committees of the FIELD study, the TNT Study, the REVEAL Trial, the ACCELERATE trial and the dalOUTCOMES trial. He was co-chair of steering committee of the DEFINE study and was chairman of the steering committee of the ILLUMINATE trial.

He has published more than 350 peer-reviewed research papers on plasma lipids and lipoproteins, their metabolism, regulation, function and relationship to atherosclerosis. He has also written handbooks on HDL and CETP inhibitors. Recognizing that atherosclerosis has become a major global epidemic, he is committed to the development of atherosclerosis research and education programs in countries beyond North America and Western Europe, including South and Southeast Asia, South and Central America, the Middle East and Africa.